Travel themselves - Ukraine and Moldova 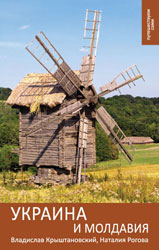 wladislavk information about the seller and his items
offlineAsk a question

Ukraine has always been a good destination for independent travelers. The beauty of this country - is that there are lots of corners, which is interesting to climb, explore, investigate, seek out a surprising and unusual. Ride in Ukraine and easier and more enjoyable than in most other countries of the former Soviet Union. Well, pricing, and say nothing - they are here the lowest in Europe. In the neighborhood with Ukraine, Moldova is a small - got lost in the middle of Europe Area noisy, fun and goofy Asia. This book describes in detail all the major cities of Ukraine and Moldova, as well as dozens of small towns and villages.

- Some 50 major cities maps of Ukraine and Moldova, which shows the objects described in the book;
- Public transport schedules and details of the border crossings;
- For each city specified a few inexpensive place to stay, food service points and exit points to the Internet;
- A description of the Pridnestrovian Moldavian Republic - a small unrecognized state, preserve the Soviet order.

Related to item "Travel themselves - Ukraine and Moldova":